Given an unsorted array of N integers, write a function that returns Kth smallest number in the array, for zero-based K.

We could start solvong the problem by simply sorting the array and returning the element at position K. This solution produces the result in time proportional to NlogN. But is there a more efficient solution? If we stick to the sorting idea, we might ask why should we sort the whole array if only the Kth element in the sort order is requested? Let's examine the possibilities that arise when QUICKSORT algorithm is applied. Remember that this algorithm partitions the array into two disjoint sections delimited by some pivot element. Once the partitioning step is completed, the algorithm is run on each of the partitions recursively. These are the steps executed by the sorting algorithm:

The way in which this algorithm works seems to guarantee high sorting performance. Values in the array are divided up into two, hopefully equal, sub-arrays. All values in the left partition are strictly smaller than all elements in the right partition. Consequently, the two partitions can be sorted independently from each other. The "hopefully equal" part is the tricky one, though. Depending on how the pivot is selected, we could get quite different results in terms of relative sizes of the two partitions. If we really get out of luck, pivot will be the smallest of all values in the segment (or largest, with same consequences). The segment will then be divided into an empty left segment, the pivot, and the right segment that contains all the values but the pivot. So in the worst case, the next step will be the same as the current step, only the segment will be by one element shorter. Not much of a reduction, with overall result that worst case runs in quadratic time, i.e. time proportional to square of the number of elements.

Once again, if we are lucky enough with the pivot selection, this algorithm will cut the array in half in every step, converging quickly towards the solution. But once again, poor pivot selection leads to very slow convergence. In the worst case, only the pivot will be removed for the next iteration, leading to grim prediction in which the whole algorithm will have to be repeated as many times through the array as many elements there are in the whole array - hardly that we could devise any algorithm slower than that. Success of the whole idea depends on good pivot selection. That is what we are going to discuss next.

There are many enhancements to the QUICKSORT algorithm intended to improve worst case behavior. Basically, should the pivot element be the median, we would rest assured that the array will be divided into equal halves in each iteration. One of the enhancements has actually lead to a completely new algorithm by turning the question the other way around: What is the most efficient way to discover the median of an array? The idea went like this. First we divide the array into N/C columns, each column containing C consecutive elements of the array. Note that C is a relatively small odd number (many authors suggest five elements per column). Next, we sort each column separately and pick its exact median (this is why it's important for C to be odd). After this step, we have obtained N/C medians and then we can simply run the algorithm recursively on those values only. At some point there will be only one value remaining (called median of medians), it is selected as the pivot. Further down the line, the algorithm goes the same as given above - pivot is used to split the array into values that are smaller and values that are larger than the pivot.

The only thing to worry about is what is the worst case in this setting, i.e. what is the smallest number of values that are discarded in each iteration of the algorithm. It has been proven that in each iteration of the algorithm the pivot element selected in this way discards at least one quarter of all elements still in focus. Consequently, we are never going to get into an unfair situation in which array hardly reduces between the two iterations. On the contrary, this is the proof that the array will converge towards the Kth element quite quickly - to be perfectly clear about the time requirements, it has been proven that number of comparisons required to isolate the Kth element is proportional to number of elements in the array N. This algorithm has been proposed in the early 1970s and ever since it has remained the most efficient algorithm with guaranteed linear worst case running time. Compared to quadratic worst time required by algorithms derived from QUICKSORT, it comes as no surprise that this algorithm is still in use. Below is the whole algorithm - it will sound quite simple when compared to pondering that lead to its discovery.

In the following section we are going to provide implementation of this algorithm in C#. The only thing that should be discussed is step 2 of the algorithm, in which medians for columns are extracted. The algorithm is designed so that simple sorting with quadratic running time is applied to each column. Performance of this step is guaranteed by the small value of C. There comes the suggestion to take C=5 - this advice was derived from the fact that five values can be stored in processor's registers, making the sort operation extremely fast in practice. Moreover, columns could be sorted only until the middle element is sorted, since any element past that position cannot be any smaller. But that optimization may cost more than it saves for small C. For C=5, it would save only one comparison to sort the last two elements in the column. In solution presented below, this last optimization is not applied.

In this section we are providing the complete source code for selecting Kth smallest integer value from an unsorted array. This implementation takes C=5 as assumed parameter. Generally, this value could also be passed to the function as an argument.

And this is one possible output produced by this demonstration application:

Readers are suggested to try these extended tasks: 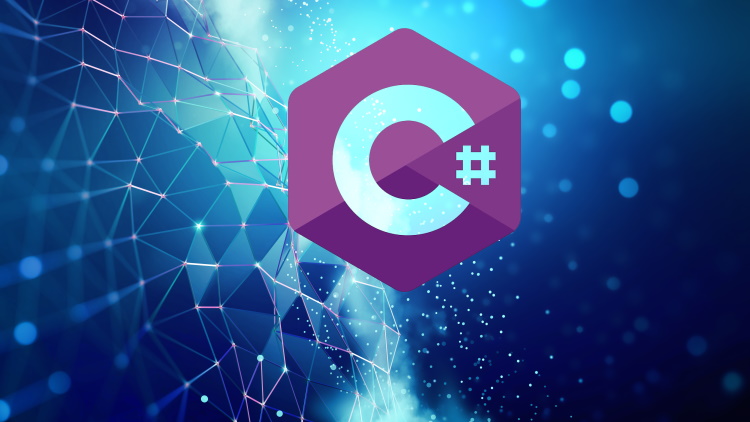 In this course, you will learn the basic principles of object-oriented programming, and then learn how to apply those principles to construct an operational and correct code using the C# programming language and .NET.

As the course progresses, you will learn such programming concepts as objects, method resolution, polymorphism, object composition, class inheritance, object substitution, etc., but also the basic principles of object-oriented design and even project management, such as abstraction, dependency injection, open-closed principle, tell don't ask principle, the principles of agile software development and many more.